"The Essence of Three-Dimensionality" 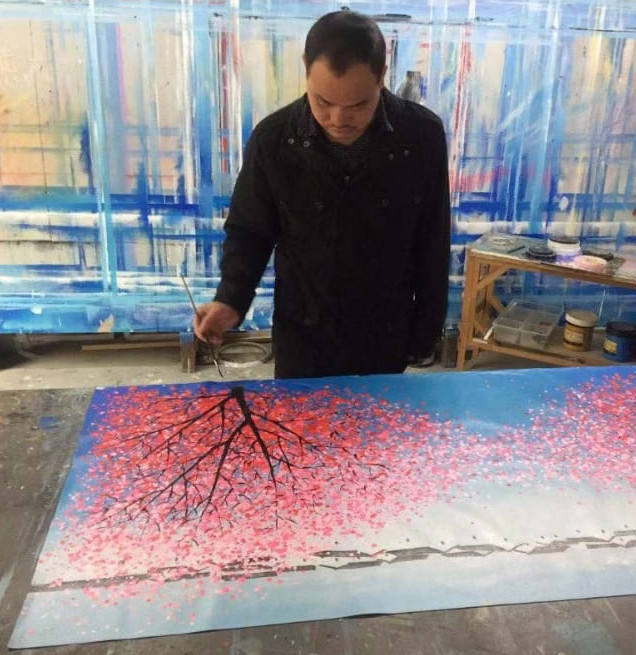 Je Shen was born in Jiangxi, China, in 1973. After completing his studies at Guangzhou art school, in 1993 he enrolled in Guangzhou Academy of Fine Arts. He graduated with full marks in 1998. Je Shen immediately showed himself to own talent, great technique, and a strong desire to create a new medium of artistic expression by fusing Oriental traditions with the teachings of distinguished 19th-century artists from America and Europe.

This melting pot of styles, impressions, and influences was fundamental in the development of an intense routine of art exhibitions. His first major art event took place in 2008, when the Museum of Guangzhou inaugurated a permanent solo exhibition for his works. Over the past years, he has taken part in more than 90 solo and collective expositions worldwide. Nowadays, Je Shen is regarded one of the most promising artists in the world of Asian contemporary art. By putting sophisticated and effective painting techniques to wise use, he captures viewers in a magnetic collision of lighting, optical illusions, and elegant brushstrokes. Magical floral atmospheres, where colour and three-dimensionality constantly guide viewers through a vortex of visions and emotions. The Chinese, Japanese, and Korean specialised press have all shown great interest in this young artist, who is widely considered as one of most fascinating contemporary artists of the past few years.

His art has been on display in the most renowned galleries of Beijing, New York, and Singapore. In 2016, he has signed an important contract of exclusive with the italian Gallery Palma Arte, for the European and American art market. Thanks to his peculiar and revolutionary technique, he has been awarded with many prizes and has been featured in Art Asia Pacific, Kolaj and Asia Art Archive. Je Shen’s future is most certainly promising and bright. In January 2018, he was selected for the prestigious ART STAGE Singapore 2018. 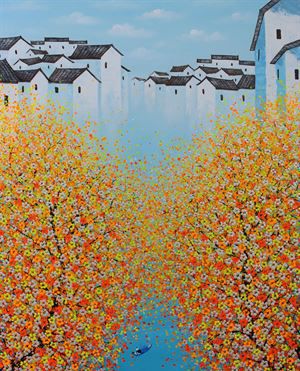 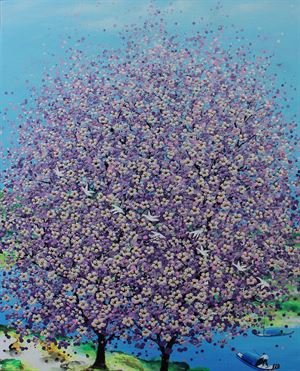 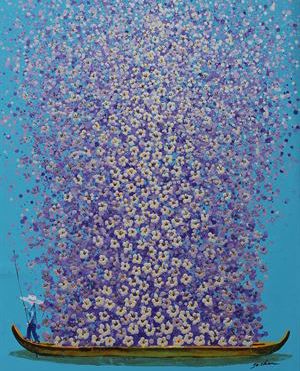 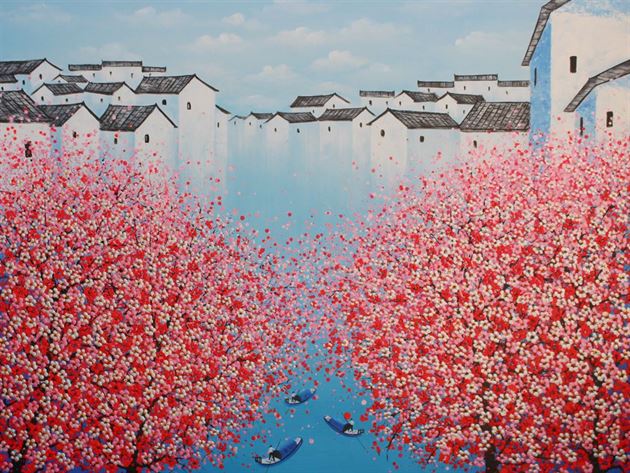 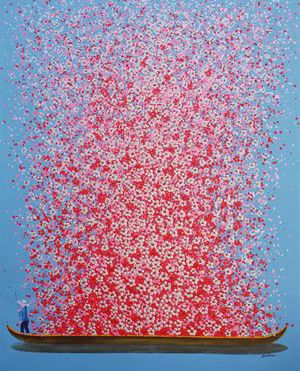 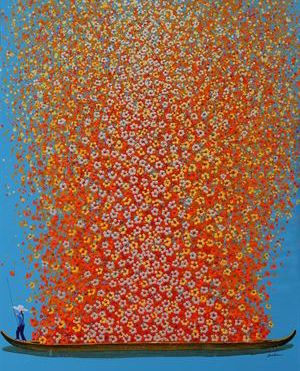 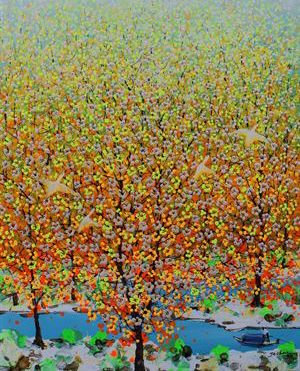 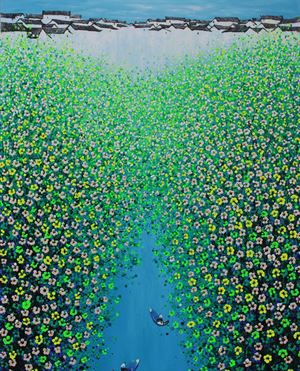 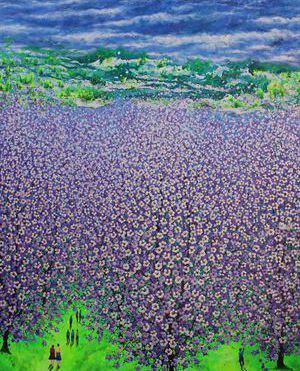 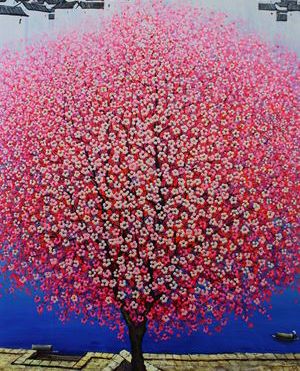 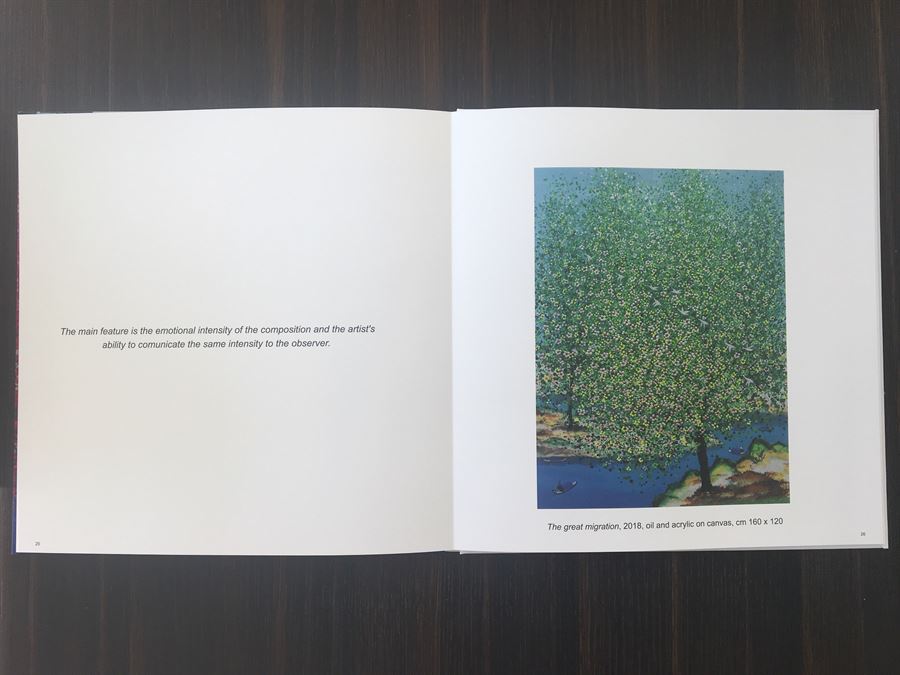 The beauty of nature and cities which surrounds us explodes in Je Shen’s artworks. Colors drag the observer in the painting: the main feature is the emotional intensity of the composition and the artist’s ability to communicate the same intensity to the observer. A striking atmosphere where the viewer is completely involved.
(F. Mayer)

Je Shen’s work aims to actively engage his spectators and create an emotional connection between them and the art. The focal point is a balance between mistery and contemplation, creating a silent dialogue: he directs the spectator attention not only to the composition of the work, but also to its complex textures. His paintings are a dynamic mix of textures combined with a glorious use of light reflections and color. An amazing optical illusion that gives us an hypnotic atmosphere.
(P. Friedrich) 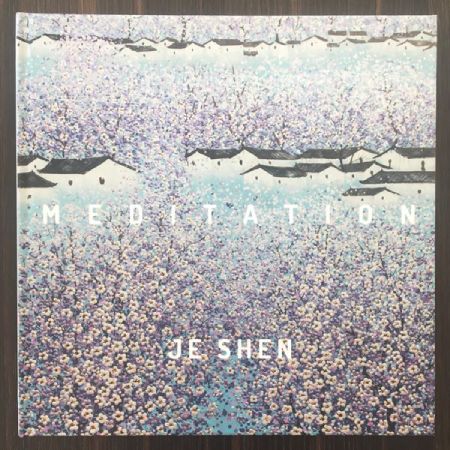 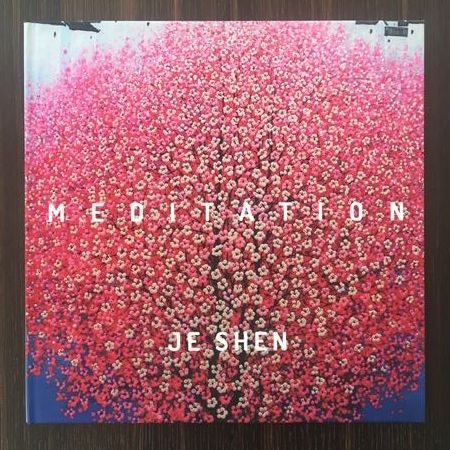 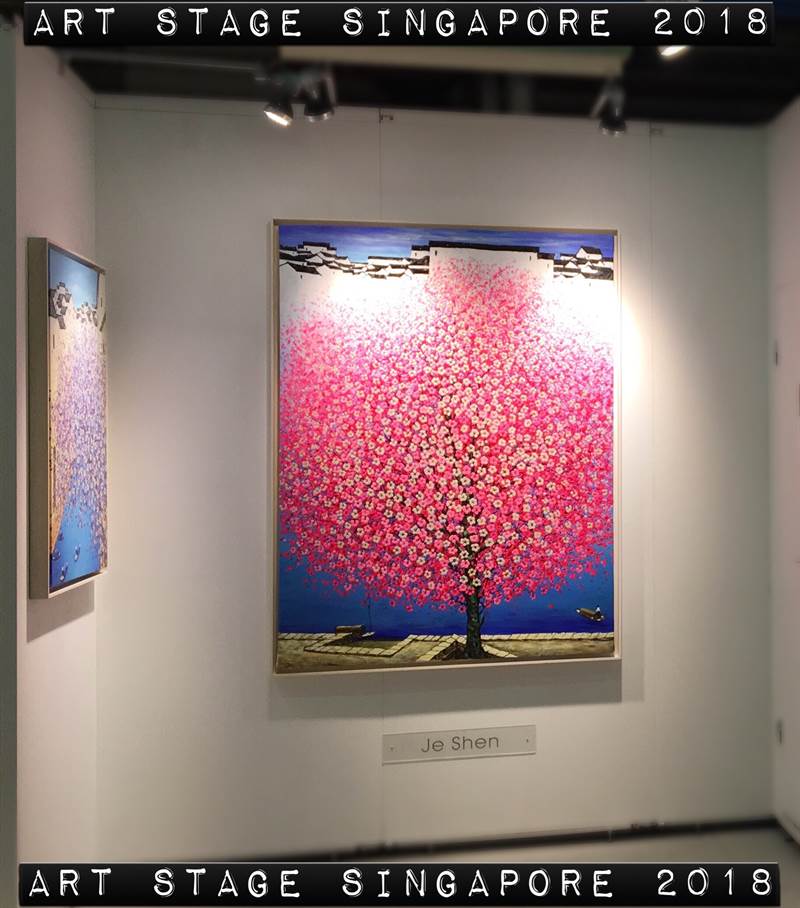 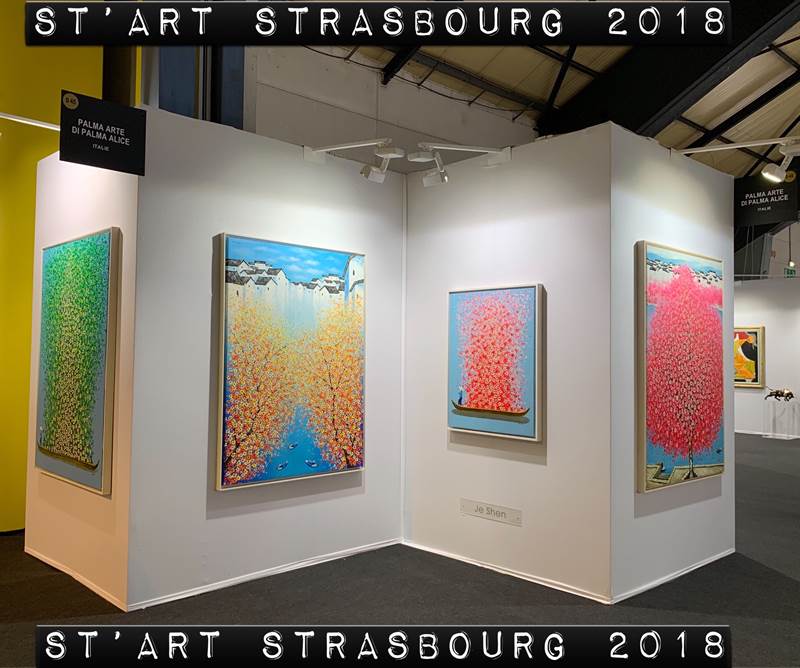